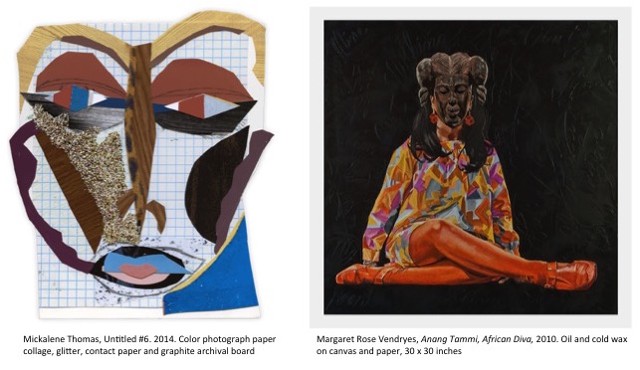 REVIVAL: Contemporary Pattern and Decoration explores a renewed interest in pattern and decoration by contemporary artists in various media that builds upon a movement that developed in the 1970s, when artists began to explore the possibilities of pattern and focused on the repetition of color, line, and shape.

The body acts not only as a bearer of crucial social information, but also as a reminder of its historic role in all kinds of patterns and other image-making, such as wallpaper, fabric design, porcelain objects, and silhouette portrait painting. Today, artists evoke the bodies linked to internet searches, glossy magazine images, historic works of art, and other cultural monuments. Geometric lines evoke the historical significance of abstraction and the endless possibilities of line and form in pattern to evoke a variety of ideas, physical reactions, and subsequent responses.

A collaboration with El Museo del Barrio, Hostos Center for the Arts & Culture, and the Bronx Council on the Arts.

Featured artist, Margaret Rose Vendryes, is Associate Professor of Art History and Fine Arts at York College, CUNY, began The African Diva Project in 2007, now numbering over 45 works of art. The Project complicates the role ethnic and gender identities play in contemporary African and African American visual culture by merging African aesthetics with popular African-American music and visual culture. Vendryes has had solo exhibitions in Boston, New York, and Biloxi as well as participation in group exhibitions over the last decade.